Shake-Nearby Red Packet APIs are provided for offline merchants to allow the users get the red packets issued by the merchants at merchants' physical stores or other offline places. The red packets cannot be forwarded or shared online.

Developers can develop the Shake Red Packet feature with the APIs. This feature:

Enables users to open red packets on the native red packet pages, without the need to issuing red packets via the Official Account messages.

Giving users the option to follow the Official Accounts (not applicable to shareable red packets).

Supports configuring redirect URL on the completion page to redirect users to the merchant's other custom HTML5 pages.

A single user can only get one red packet in a campaign. 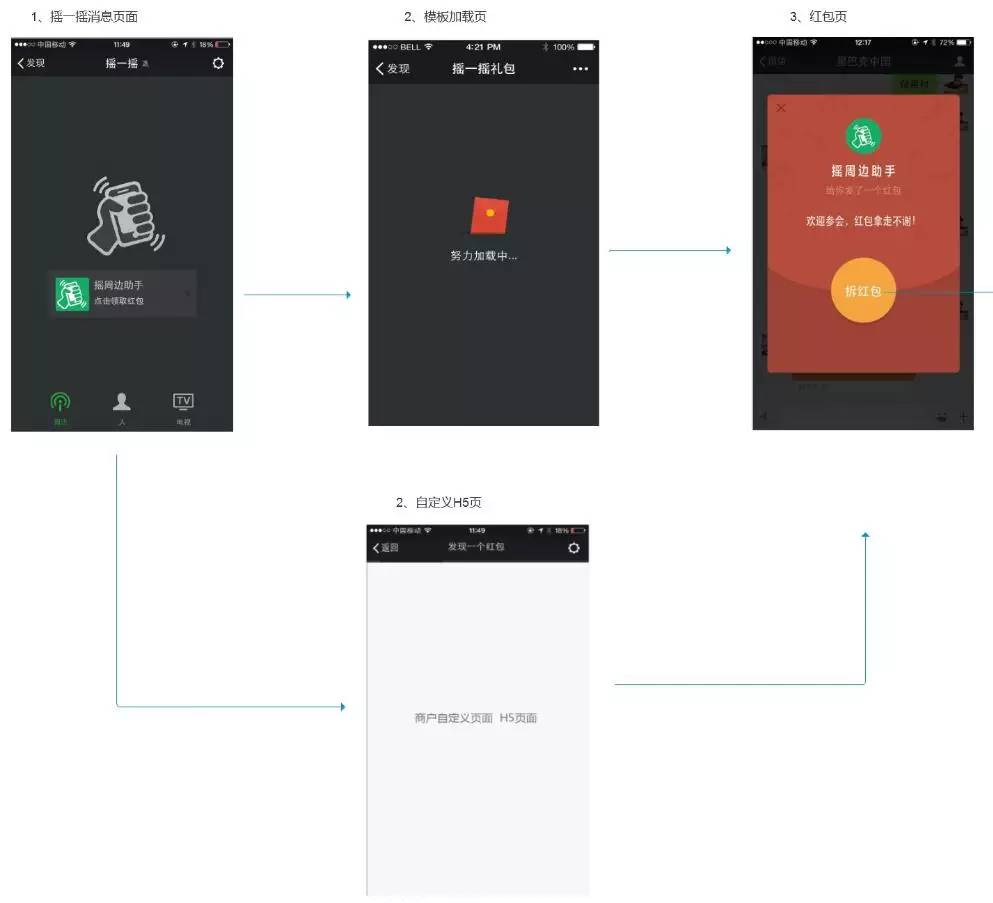